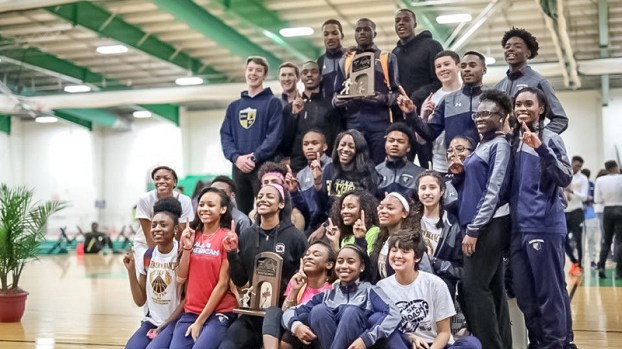 The Western Branch High School track and field team will have its annual one-mile race Oct. 15 to help raise money for the team.

A group of parents have organized a one-mile run that always takes place the week of Western Branch’s homecoming. The race is designed to raise funds that will help the highly successful WBHS track program.

The city has a very limited athletic budget and only covers the cost of such items as the team’s insurance, local invitationals and school bus transportation within Hampton Roads. When the team travels nationally, they are asked to pay out of pocket. With the money that will be raised, Western Branch will use it to offset entry fees for meets, travel, food and transportation costs when competing outside of Hampton Roads, according to a press release.

Western Branch has been widely recognized as one of the best track programs in Virginia and throughout the country. With coach Claude Toukene at the helm, Western Branch has earned 23 Virginia High School League state championships and 13 state runner-up titles in both boys’ and girls’ track.

Additionally, they hold 11 state records by current and former WBHS track and field athletes. Nationally, they have produced 110 individual high school All-American athletes, 24 national champions, 190 all-state athletes and 64 state champions at the high school level. To top it all off, they have had an athlete participate in the Olympics.

“If success translated into money, we would have the track and equipment our kids need and deserve,” the press release stated. “Because we don’t, we hope to raise enough funds to cover competition expenses.”

The school has an asphalt track that has been there since the school’s opening in 1968. For the future, the Western Branch community is hoping the track can be revamped to something more current. With an upgraded track, the team could host meets, which could result in profit for other expenses for the team.

The community is encouraged to help the team in any way they can through sponsorships and race participants. Sponsorships are $150, and to register for the one-mile race will be $12 per participant.

The WBHS track program has been more than just winning championships and getting kids into college. The impact has gone far beyond the track. Coach Toukene has taken athletes into his own home, helping them escape from less than ideal situations within the community. Toukene believes it is his calling to teach and help the Western Branch community. The track program has also helped athletes be the first to obtain a high school diplomas and go to college in some of their families.

The one-mile race will be held Oct. 15 at the high school, and registration will start at noon. Races will start at 1 p.m. Register at www.raceit.com/Register/?event=40714#.

The golf season came to an end for King’s Fork High School when the Bulldogs finished seventh in the 4A... read more