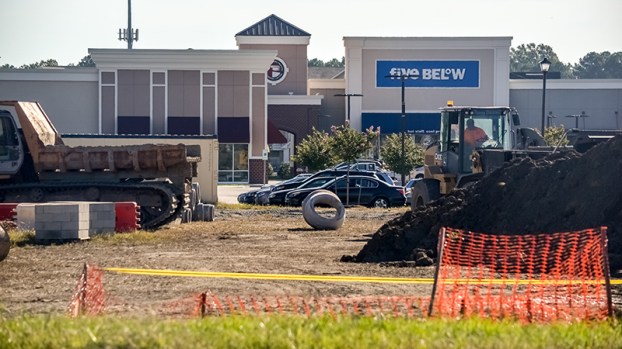 A national restaurant chain is making plans to open its first location in Hampton Roads.

Freddy’s Frozen Custard & Steakburgers submitted a site plan in July for a store on College Drive in the Hampton Roads Crossing community beside the Village Inn that’s under construction. The review process for the plan is expected to take four to six months, according to Economic Development Director Kevin Hughes.

The parcel of land is owned by TerryPeterson Residential, with Divaris Real Estate brokering the deal, Hughes said.  Freddy’s franchises are typically 2,800 to 3,600 square feet and take eight to 18 months to open, according to the company website.

“We are currently working through the planning phase for this location and hope to have more details on the development timeline to share early next year,” franchise owner Blake Bauer stated in an email.

Freddy’s has more than 200 locations across the nation, including restaurants in Bristol, Fredericksburg and Fairfax. The restaurants are known for cooked-to-order steakburgers, Vienna beef hot dogs and frozen custard.

“We’re always open and welcome to new retail and restaurant opportunities in the city,” Hughes said.