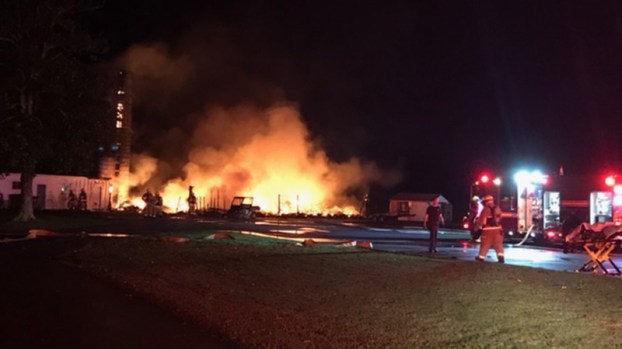 The golf cart maintenance building at Sleepy Hole Golf Course was destroyed in a fire on Wednesday evening.

The golf cart maintenance building at Sleepy Hole Golf Course was completely destroyed in a fire on Wednesday evening.

The fire was reported at 7:50 p.m., and the first units arrived on scene in the 4700 block of Sleepy Hole Road at 7:53 p.m., according to a city press release. Firefighters found the golf cart maintenance building fully engulfed in flames.

The conflagration also destroyed 75 golf carts that were stored within the structure, the press release stated.

The fire was contained to the building, and no other structures were affected, the press release stated. The historic Obici House, also located on the course some distance away, was not affected.

The fire was called under control at 8:40 p.m., and there were no injuries.

The cause is undetermined as of yet. The fire marshal’s office will handle the investigation.

Police have identified the driver in a fatal crash on Monday morning as a 17-year-old Suffolk resident. Drew Alexander Miller... read more