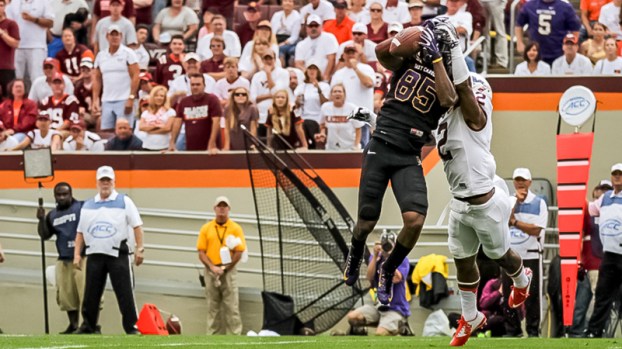 The Biletnikoff Award is a college football award that is given to the top receiver in college football. The former Bulldog, who now plays for East Carolina University, joins a list of seven Pirates receivers who have made the list in the past. In years past, the award has gone to some of the top players who currently play in the National Football League now.

In 34 career games, Grayson has hauled down 107 passes for 1,416 yards with 12 scores, which is tied for eighth on ECU’s all-time touchdowns list. He has multiple receptions in 28 contests with 49 of his 107 grabs going for 12 or more yards. Grayson currently has 31 catches and 535 receiving yards and five touchdowns, which all lead the team. He is on pace to finish with more than 1,000 yards receiving and 12 touchdowns.

Semifinalists for the award will be named on Nov. 7, and three finalists will be picked Nov. 21. All decisions will be made by a committee.

During his time at King’s Fork, he was a first-team All-Southeastern District selection at both wide receiver and defensive back under coach Joe Jones. His senior season, he caught 45 receptions for 602 yards and seven touchdowns and helped the team get to its first ever playoff appearance. On defense, he picked off three passes, had eight breakups and recovered three fumbles.

ECU will be in action this Saturday against nationally ranked University of Central Florida.

The Lady Saints volleyball team had its annual Pink Game on Tuesday, which resulted in a 3-0 win over Norfolk... read more