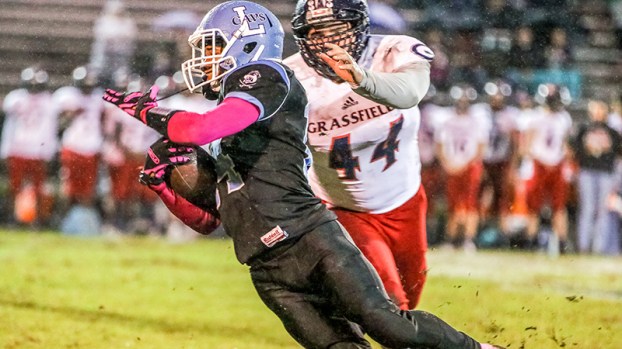 Lakeland High School made its homecoming weekend even better by grabbing a win over Grassfield High School.

The Cavs finally got back in the win column Friday night with the 17-7 win. Lakeland is now 2-4 on the season. After a penalty-riddled game against Deep Creek High School last weekend, the Cavs only had one penalty against Grassfield.

“The goal was for the guys to come in and clean up the mistakes we had made the game before,” Lakeland coach Kevin Knight said. “We had stressed the day after the game and that Monday we prepared for Grassfield. Overall, I think we played disciplined football. I think the guys were together.”

Lakeland had the ball to start the third quarter but ended up punting on its first possession of the second half. Grassfield took over on Lakeland’s 50-yard line. Jamair Walker intercepted a pass that ended the Grizzlies’ drive. In the bottom of the third quarter, Grassfield got on the board with a touchdown pass, cutting Lakeland’s lead to 7-9.

In the fourth quarter, Holloman added another rushing touchdown that followed with a two-point conversion that helped seal the deal for Lakeland to win the game 17-7. Since Knight has been the coach at Lakeland, the Cavs had never defeated Grassfield until Friday.

“To beat Grassfield for the first time is a big thing for me personally as a coach,” Knight said. “But for these guys to come in front of their home crowd and get a win against a 6A team is a great feeling. We needed that.”

Lakeland will enjoy this win for now but will put their focus on King’s Fork High School next.