Police have arrested a 53-year-old Suffolk man in connection with a bank robbery Tuesday morning. 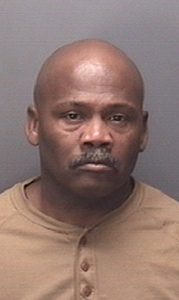 Christopher Eugene Belfield was arrested Saturday afternoon on a charge of robbery, according to a city press release.

An earlier release stated the robbery happened at the BayPort Credit Union in the 1400 block of North Main Street at 10:20 a.m. Oct. 10. Employees said the suspect handed the teller a note demanding money. The man then fled on foot after receiving an undisclosed amount of currency. There were no injuries.

Amazon near our river?

Near the confluence of the Nansemond and James rivers, officials may be trying to lure a well known company named... read more