The U.S. Marshals are asking for the public’s assistance in locating a Portsmouth fugitive who is said to frequent Suffolk. 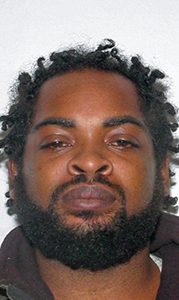 Davonte Lamonte Brown, 25, is wanted by the U.S. Marshals and Portsmouth Police Department for charges of robbery and assault and battery, according to a press release from the U.S. Marshals. Warrants for his arrest were issued in September. Brown is 5 feet, 4 inches tall and weighs 170 lbs.

Brown goes by the name “Tae” and is known to frequent the 6000 block of Brookwood Drive in Suffolk, according to the press release. He also has strong ties to Portsmouth.

Anyone with information can contact the Portsmouth Crime Line at 1-888-LOCK-U-UP. A cash reward of up to $1,000 is available.

Have fun at Driver Days this weekend

Classic cars, delicious food and live music will fill the streets of Suffolk’s Driver community this weekend when its popular,... read more