Colaw runs to ‘fight back’

Editor’s Note: The Suffolk News-Herald will provide coverage of candidates up for election on Nov. 7 on the following schedule: House District 64, Oct. 22; House District 77, Oct. 25; Commissioner of the Revenue, Oct. 29; and uncontested candidates for House of Delegates and constitutional offices, Nov. 1.

The 64th District includes parts of Suffolk, Franklin, Southampton, Isle of Wight, Surry, Sussex and Prince George. In Suffolk, all or part of the Whaleyville, Pittmantown and Holland precincts are in the 64th District. Only 9 percent of voters in the district live in Suffolk, according to the Virginia Public Access Project. The district is heavily Republican; Donald Trump won by 60 percent in the district during the 2016 presidential election, compared with 36 percent who voted for Hillary Clinton, according to VPAP. The seat is open, because Delegate Rick Morris decided not to seek re-election.

“I woke up after the presidential election and was a little bit in a state of shock,” she said. “It put everything I feel America stands for at risk.”

Colaw, 57, decided she could either sit around and complain about it or fight back. 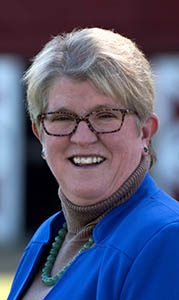 “I chose to fight back,” said the Democratic candidate.

“Everybody is worried about health care,” she said, adding that it is one of the largest funding issues, as well. “I do support the Medicaid expansion.”

Colaw said many people have a misconception of Medicaid as a program for people who don’t work. But she said it can help people who do work if they get into a serious accident or illness and run through their long-term disability. It also helps put people back to work, she said.

“Your tax dollars are going to make sure people have health care so they can work,” she said.

With recent actions on the federal level to gut the Affordable Care Act, “it’s the Wild West for health care,” she said. “I think health care is important.”

She said she wants to make it possible for nurse practitioners to practice without a doctor’s supervision, especially in more rural areas that are in greater need of care.

Education is another priority for Colaw.

“We’ve been defunding education in Virginia since 2009,” she said. “We’re not paying attention to the fundamental part of what keeps education going.”

In rural school districts like many of those in the 64th district, funding is an even bigger concern, she noted.

Colaw, a veteran herself, also said veteran’s issues are a concern for her.

She said she hopes to work in a bipartisan manner with all of her General Assembly colleagues.

Colaw, a native of Knoxville, Tenn., is a lawyer who keeps her office in downtown Suffolk and lives near Whaleyville. She does mostly criminal defense but also does some family law, civil law, estate planning and guardian ad litem work, in which she is appointed by the court to represent the best interests of a child.

Colaw is also a U.S. Air Force veteran. She put in 20 years, first enlisted and later as an officer. She served as a public affairs officer during the Persian Gulf war and also did counterterrorism work.

Editor’s Note: The Suffolk News-Herald will provide coverage of candidates up for election on Nov. 7 on the following schedule:... read more