The last time I saw Andy Damiani alive, he had me help him into the comfortable chair in his spacious room at Nansemond Commons, the assisted living facility on West Constance Road where the 95-year-old former mayor of Suffolk had moved when his health deteriorated to the point where it was no longer safe for him to navigate the long, steep flight of stairs to the loft apartment he owned at the Washington Square Mall in the downtown area.

He asked me to place the award he had received earlier that day for his long-term service to the Salvation Army of Suffolk on a dresser beside a television that was tuned to a cable news channel. I wiped the smudges of my fingerprints from the glass award, turned up the volume on the television and handed him the remote control.

Andy was happy. He had enjoyed a good meal at the Salvation Army event that had honored him, he could see the award he had earned for so many years of conscientious service to that organization, and he was watching the news. He told me he’d probably fall asleep in that chair soon after I’d left, even though I could still hear the news blaring after I’d closed the door behind me.

Keeping up with the news was important to Andy, who was known for many years as Mr. Downtown because of his affinity for his adopted home and because of the relentless way he pursued the goal of improving that community. 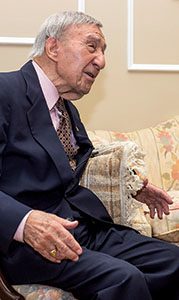 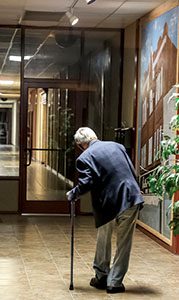 And there have been few people in my experience in this business who have kept closer tabs on the news than he did. Andy had entire file cabinets in his loft apartment that were devoted to clippings from his time in Suffolk. It seemed there was no subject that arose in this city for which he lacked some sort of newspaper article — copied in black and white or clipped directly from the newspaper — that would shed some light on the topic.

A couple of years ago, all those files were boxed up and delivered to the Library of Virginia, along with some of the mementos of his public life. Eventually they will provide a rich history of modern Suffolk in the late 20th and early 21st centuries.

Andy died Aug. 5, a little less than three months after I’d left him to sleep off the fried chicken as the Fox News commentators droned on about whatever was the big news of that particular spring day.

His memory lives in the collection that bears his name at the Library of Virginia. Even more, though, it lives in the minds of people like me, people who were touched and changed by the great life of service he lived.

Andy was truly one of a kind. He is already greatly missed.