The commissioner of the revenue is one of five constitutional offices in Suffolk, all elected positions. Three others are unopposed this year, and the fifth is elected on a different cycle. According to the commissioner’s website, the purpose of the office is to assess all personal property, issue city business licenses, administer special taxes and process state income tax returns.

Susan Draper has been commissioner of the revenue for three years and hopes voters will see fit to return her to the office.

“I love what I do, I know the job well, and I like helping people,” Draper said, explaining why she chose to run for office for the second time.

Draper became commissioner of the revenue on Oct. 1, 2014, following the retirement of Thomas Hazelwood. She had been his chief deputy for the better part of a decade, and constitutional officers automatically have their chief deputy become the officer upon their retirement.

A special election had to be held on Nov. 3, 2015, for Draper to officially become the constitutional officer for the remainder of Hazelwood’s term. She won that election with no opposition. 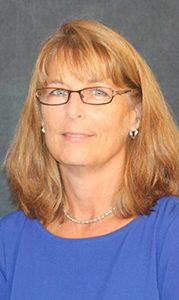 Draper has been working in commissioner of the revenue offices for 16 years, starting in the Chesapeake office and moving to Suffolk after more than four years.

“I wanted to come work for my town,” she said.

Draper, who was born and raised in Suffolk and graduated from Forest Glen High School, began her working career at the Newport News Shipyard, having gone through its Apprentice School to become an inside machinist.

“I assess machinery and tools now, so it’s cool I know what I’m looking at,” she said.

She later went to Old Dominion University and earned her Bachelor of Science in Business Administration with an accounting major.

She became a Certified Public Accountant and worked in a couple of private firms before joining the Chesapeake commissioner of the revenue’s office.

“My goal is to get everybody certified,” she said. “As soon as they’re eligible, I enroll them in it.”

The commissioner of the revenue’s office assesses personal property, such as vehicles, boats, motorcycles, airplanes and recreational vehicles. It also assesses machinery and tools and business property and collects fiduciary taxes — tax on meals, lodging and admissions. The office does not assess real estate and also does not set the tax rates.

The office is also mandated by the state to prepare and file state tax returns for any citizen that requests it. It also administers personal property tax relief and other programs.

Draper said she takes her role seriously, as it is an important one. Last year, the taxes her office administers brought in more than $57 million to the general fund.

“It’s important for the general fund, because those are services as citizens we use,” she said.

Draper said it’s important to find the balance between collecting the city the money is due and being fair and equitable to citizens and business owners.

Editor’s Note: The Suffolk News-Herald is providing coverage of candidates up for election on Nov. 7 on the following schedule:... read more