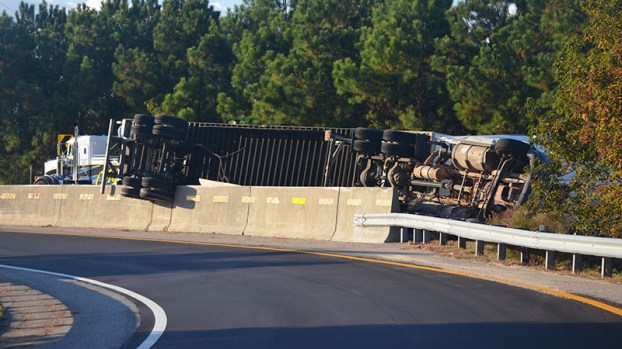 A tractor-trailer hauling peanuts overturned on an on-ramp to the Southwest Suffolk bypass Thursday afternoon.

An overturned tractor-trailer closed the on-ramps to and from the Southwest Suffolk bypass on Thursday afternoon.

The accident involved an overturned tractor-trailer hauling peanuts, according to a city press release. It was reported at 3:40 p.m.

The adult male driver was taken by ground ambulance to a hospital for treatment of injuries not considered life-threatening.

Public Works crews assisted with the ramp closures. The ramps were expected to be closed for several hours.

The cause of the crash is under investigation, the press release stated.

A good Samaritan with Suffolk Parks and Recreation reunited a family with its four-legged member that had been missing for... read more