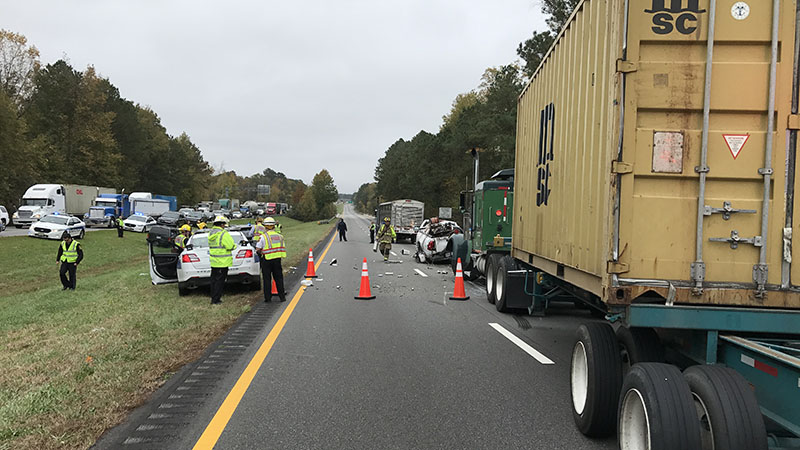 Two people were injured in a crash Tuesday morning in the westbound lanes of Route 58 near the Pitchkettle Road exit.

UPDATED 2:45 p.m.: All lanes have been reopened, and the detour has been removed.

Earlier: Two people were transported to area hospitals, and a portion of Route 58 closed following an accident Tuesday morning in the westbound lanes just before the Pitchkettle Road exit.

The crash involved a tractor trailer loaded with steel and a pickup truck and was reported to police at 10:08 a.m., according to Suffolk spokeswoman Diana Klink.

The westbound lanes are expected to remain closed for several hours, according to the release, with detours in place at Route 58 and Route 460 westbound.

The cause of the accident is under investigation.