A Suffolk man was arrested Friday on a charge of animal cruelty and other charges. 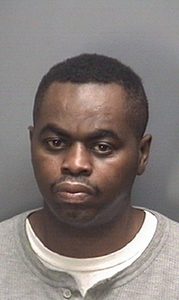 James Allen Miller, 49, is charged with animal cruelty, fail to care for animals and keeping a dog more than 6 months old without a city license, according to city spokeswoman Diana Klink.

Klink stated that the case began on Sept. 27, when animal control officers went to a residence in the 100 block of Grayson Court to do a welfare check on a dog.

The officers found a pit bull that was emaciated and having trouble breathing, Klink said. The dog was seized and taken to Suffolk Animal Hospital for examination. It was then transferred to The Cove, where it was euthanized at the recommendation of the veterinarian, Klink stated.

A Suffolk man died Sunday after Virginia State Police say he was struck by a woman who was driving under... read more