A Suffolk native will join a conference of scholars, professors and poets this weekend to share thoughts and insights about the boundaries pushed by an award-winning black author.

The conference, “Remembering Langston Hughes: His Art, Life and Legacy Fifty Years Later,” will be held at New Jersey’s Princeton University this weekend. Suffolk native Donna Harper, 63, an internationally recognized Langston Hughes scholar, will be one of the speakers.

Harper is a Fuller E. Callaway Professor of English at Spelman College in Atlanta and will be the only participant from a historically black college, according to the press release.

She will give a 20-minute lecture that pulls from her wealth of knowledge, a task that won’t be easy, she said. 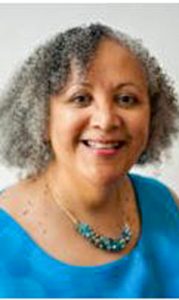 “I always tell people, ‘You know I teach a semester-long class,’” she joked. “It’s very challenging for me to boil things down to a 20-minute speech.”

James Mercer Langston Hughes was a black poet, social activist, novelist, playwright and columnist from Joplin, Mo. He was born in 1902, first published in 1921 and wrote 50 books before his death in 1967, according to the Langston Hughes Society website.

He is considered one of the leaders of New York City’s Harlem Renaissance during the 1920s and one of the earliest innovators of jazz poetry, but his career extended far beyond his skills as a poet, according to Harper.

“If you only know him as a Harlem Renaissance poet, you really don’t know enough about Langston Hughes,” she said.

Harper fell in love with the Hughes at age 16, before she became the first black valedictorian at Suffolk High School, she said.

A founding member and former president of the Langston Hughes Society, she read an anthology of his work for a pre-college course at Hampton University and was deeply impressed by how much pride Hughes had as a black man in the 1920s, she said.

“I couldn’t believe that someone in 1926 was celebrating the beauty of black people,” she said. “He was consistently proud of being black, and that fascinated me.”

She was moved by the imagery he used, using imagery to compare black people to positive, warm feelings like restful nights, she said.

She was empowered by how he fought back against negative imagery associated with blackness, such as “Don’t let the black cat cross your path” and “behind the eight ball.”

“He was like, ‘Why’s the bad ball gotta be black,’” Harper said. “He challenged everything.”

Harper’s niche as a scholar is in the character Hughes created for a weekly column for the Chicago Defender in 1943.

The stories feature the character Jesse B. Semple — often referred to as “simple” — a black man in Harlem who epitomized the many voices and struggles of black men and women. The column ran for 20 years and was compiled into several volumes.

Harper studied this series and wrote “Not So Simple: The ‘Simple’ Stories by Langston Hughes,” which was published in 1995. She became even more engrossed in Hughes as she read his letters and essays he wrote during that time period, she said.

“Those essays reflect a man that was bold, dynamic and confrontational,” she said. She added that he displayed the sense of humor that allowed black people to endure and thrive.

She was also impressed he stayed vocal and passionate right up until his death.

Suffolk voters in the Belleharbour precinct cast their ballots on Tuesday at a different location than in previous years. Ballots... read more