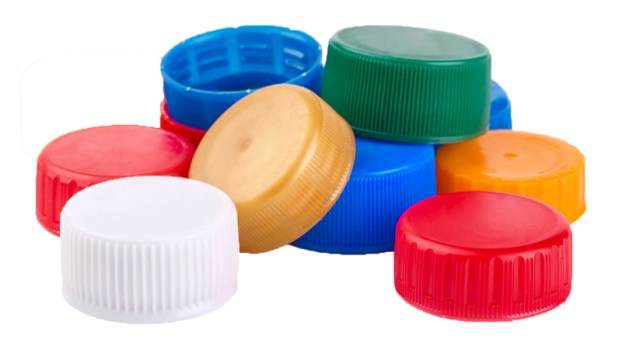 Plastic bottle caps will be turned into a work of art to bring attention to the problem of plastic consumption and pollution.

Save those bottle tops

Stop before you throw away that next soda bottle, milk carton, toothpaste tube or salad dressing bottle — the cap to that container could be featured in a beautiful new work of art.

Keep Suffolk Beautiful, in partnership with the Suffolk Art League and Suffolk Art Gallery, has launched a campaign to collect at least 6,000 plastic bottle caps of different sizes and colors to create a 32-square-foot collage of a Suffolk landscape.

The effort will bring attention to how much plastic we use and how much of it winds up in the ocean as well as encourage people to recycle their plastic bottles, said Suffolk Litter Control Coordinator Wayne Jones.

“The idea is to focus on plastic pollution in the oceans and also encourage people to recycle their plastic bottles,” he said. “Hopefully it will open people’s eyes as to how much plastic we actually use. A lot of products you use daily have plastic tops on them.”

These tops, as well as the containers they’re attached to, often wind up in the ocean and stay there.

More than 8 million tons of plastic are dumped in our oceans every year, resulting in an estimated 100,000 marine mammals and millions of birds and fish killed annually, according to www.plastic-pollution.org.

Instead, Jones noted, they can be recycled right in the city’s curbside containers and get turned into all kinds of products, including not only more plastic bottles but also things like carpet and bookbags.

Jones said any plastic bottle cap that is 4 inches or less in diameter is usable in the collage, which volunteer artists will create starting in January. If it turns out well, it will likely be put on display, Jones said.

Collection boxes for the plastic caps will be located at all Suffolk Public Library locations, the East Suffolk Recreation Center, the Whaleyville Community Center and the Suffolk Art Gallery.

Police have arrested one man and are seeking another in relation to a robbery that happened Oct. 8, according to... read more