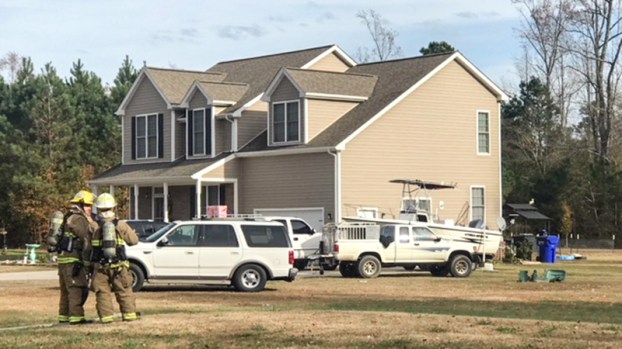 Suffolk Fire & Rescue responded to a gas leak in the 3800 block of Jackson Road that was reported at 1:34 p.m. Tuesday.

An underground propane tank at a residence was leaking, according to a city press release. Six people were evacuated from two homes.

The road was closed for part of the afternoon.

Question: What are you thankful for this year?

Joey Barlow, 33, Isle of Wight I’m thankful for a good crop. Cotton and soybeans are good, and corn is... read more