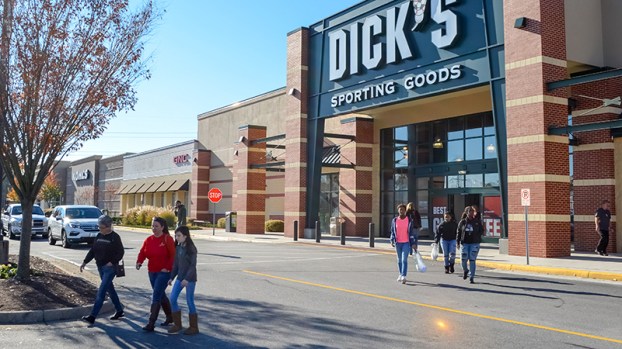 Holiday shopping began in earnest across the country Thursday night and into the frenzy of Black Friday.

For shoppers like Guy Harris, the day has become a family tradition, going back more than a decade to Black Fridays with his father. He said more of their family has joined the fun over years.

“It’s a tradition we’ve had for about 12 years,” said Harris, who was at the Harbour View East shopping center on Friday with his family. “We just go out and do breakfast afterwards.”

An estimated 164 million Americans are expected to shop or consider shopping this Thanksgiving weekend and Cyber Monday, according to the National Retail Federation’s Annual November Holiday Consumer Survey conducted by Prosper Insights & Analytics.

The survey asked 7,439 consumers about their shopping plans from Oct. 31 to Nov. 7, according to the press release.

“Consumers will benefit from competitive promotions both in stores and online lasting the course of the weekend, allowing them to find the best gifts at the lowest prices,” Shay stated.

Suffolk resident Juanita Dowdy was at Harbor View East shopping center with a friend on Friday. They were looking for Christmas gifts, only to find some items were already sold out, she said.

She attributed this to shoppers that hit the stores Thursday evening.

“I think going on Thursday is wrong,” Dowdy said. “People should stay home and enjoy family.”

Of those considering shopping in the survey, 32 million planned to shop on Thanksgiving Day, while 115 million shoppers said they planned to wait until Black Friday.

Windsor resident Kim Horne said she typically shops Thursday evenings, although this year was an exception.

“You want to get out and work that turkey off,” Horne said.

Some shoppers at the center’s Dick’s Sporting Goods, Kohl’s and Bed Bath & Beyond said there seemed to be smaller crowds this year.

“It’s not as packed as it was last year,” Chesapeake resident Joey Carrillo said.

For Chesapeake resident D. Riddick, this made buying basketball gifts for family that much easier.

“We don’t do the crowds,” she said, adding that she and her children didn’t have to wait long in line.

Several shoppers said online shopping contributed to the seemingly smaller turnout. Harris said he planned to do 80 percent of his Christmas shopping online this year.

“It’s fun getting out there, but the older I get, it’s not as much fun,” Harris said.

Horne, who was buying Christmas gifts with her husband, George, for their grandchildren, said she actually prefers going into a store over shopping online.

“I like going and looking, rather than just hitting a button on a computer,” she said.

Students at Kilby Shores Elementary School got out of their classrooms for a mile of fun during their last school... read more