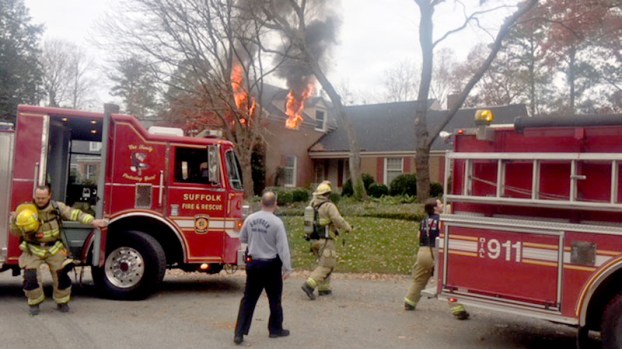 Firefighters extinguished a blaze in the 800 block of Colonel Meade Drive on Sunday.

The fire was reported at 11:50 a.m., and the first units arrived on scene in the Westhaven Lakes neighborhood at 11:56 a.m., according to a city press release.

Firefighters found heavy fire and smoke showing from the second-story windows at the front of the residence, according to the release. The occupants had evacuated prior to firefighters’ arrival.

The fire was quickly extinguished, and damages were confined to the room of origin, the release stated.

The cause was ruled accidental, and the fire was called under control at 12:21 p.m.

Bennett: ‘Better to give’

Vice Mayor Leroy Bennett’s favorite Christmas memories have to do with giving back. “When I was a kid growing up,... read more