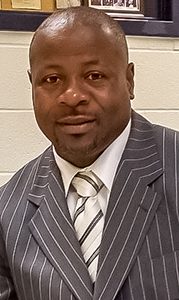 Claude Toukene has stepped down as the head coach of the Western Branch High School track and field team to take the same position at Bryant & Stratton College.

Bryant & Stratton has a brand-new track and field program and has chosen a renowned veteran to lead the program. Toukene has had his touch on the Western Branch track program for more than 15 years. Toukene himself is an accomplished athlete as well, having been an Olympian in Atlanta and Sydney.

However, Toukene’s impact on the WBHS track program goes beyond the track. He has helped many athletes become the first people in their families not only to graduate high school but also to attend college. In years past, he has also housed his own athletes who were in need. The accomplished coach said on multiple occasions that he knew his purpose there was bigger than just championships and that when the time came to step away, it was going to be an emotional one.

Toukene will be responsible for all phases of development, including recruitment of student-athletes and support staff throughout the year. He will officially take over in the spring of 2018.