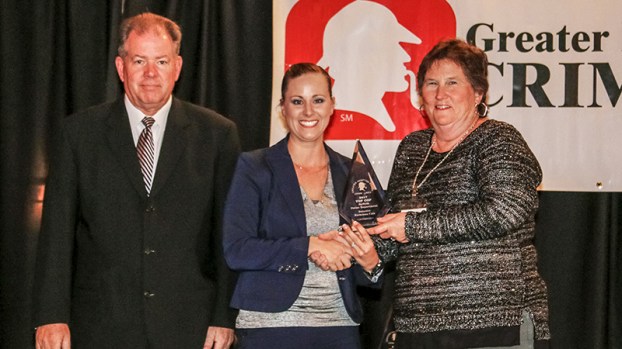 Just before Christmas last year, Suffolk Police Department Detective Rachelann Cain was only about two hours away from the Tennessee cattle farm where she was raised to spend the holiday with her family.

But that’s when she got the call. The behavior of a suspect whose case she had been working on was escalating, and she needed to come back to Suffolk to work on it.

“It’s like a gut instinct,” Cain said this month. “Something in my gut was pulling me back to Virginia. I knew without a doubt I had to come back.”

Just a few days later, the world learned about that case. Lionel Nelson Williams, a Suffolk man, was arrested Dec. 22, 2016, and charged with attempting to provide material support to the terrorist organization Islamic State of Iraq and the Levant. Williams owned firearms, including an assault rifle and a semi-automatic handgun, and had been planning an attack on U.S. soil, according to a city of Suffolk press release. He has pleaded guilty and is awaiting sentencing.

Cain doesn’t regret for a second turning around.

“We protected our citizens, which is the ultimate goal,” she said. And she still made it to her family’s homeplace in time for Christmas.

Cain was named the city’s Top Cop honoree and was honored at the Hampton Roads Crime Line Dinner and Top Cop Awards held in Suffolk on Nov. 4.

“It was an extreme honor, and I had no idea that anybody even nominated me,” said Cain, who was also the 2016 Officer of the Year for the Suffolk Police Department.

The 36-year-old has been working in the department since 2009 and had about two years of service at the Virginia Department of Corrections before that.

She said she always wanted to be a law enforcement officer, inspired by her uncle.

“My uncle is a retired police officer in Port Orange, Fla.,” she said. “I was always being pulled towards it, but I wasn’t sure if I had what it took to do it.”

Apparently, she did. Cain was promoted to detective in 2012. At first, she worked property crimes, but she wanted to do more with violent crimes.

She was also asked to join the FBI’s counterterrorism task force.

“I have always wanted to do investigations,” she said. “It’s like a puzzle that’s all over the place, and you have to pick it up one piece at a time and put it back together.”

Cain said she enjoys keeping the community safe, because she lives here, too.

“It’s our job to protect each other,” she said. Her ultimate goal is to stop a crime before it occurs, she said.

Also recognized during the Top Cop awards was Wayne Powers, a member of the Suffolk Crime Line board. He was given the Top Individual award. He is the owner of Suffolk BBQ and “is a dedicated individual to the Suffolk community, donating his time and food to various organizations and fundraising events,” the city press release stated.

With holiday plans in motion and a rising number of sick patients in Virginia, doctors are recommending patients get their... read more