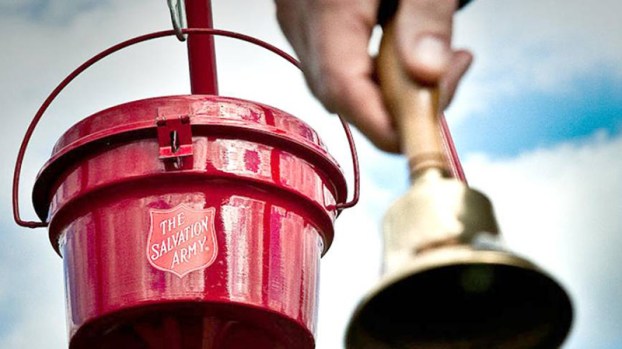 The Salvation Army annually collects money at its red kettles during the Christmas season to support year-round operations, but collections have been down in Suffolk this year.

A combination of bad weather and fewer volunteers to ring the bells has put the Salvation Army Suffolk Corps behind in its fundraising efforts this holiday season.

The iconic red kettles have been out in Suffolk for more than a month, but Capt. Shauntrice Anthony said fundraising at the kettles is about $7,000 behind where it should be.

“We’re having a hard time with our paid bell ringers, and we need more people to volunteer to ring,” Anthony said. “I think we’ve had a lot more rainy days this year, and the temperature has dropped. I think it’s a combination of both.”

“Last year was the best year Suffolk’s ever had,” Anthony said.

On Friday, Anthony feared the weekend would be especially rough, with rain and cold temperatures in the forecast.

“We’re scared that tomorrow, we might not have anyone show up, so that would put us even more behind,” Anthony said. “The weather is not the most inviting thing for even our paid people.”

The organization uses the money collected at the red kettles during the Christmas season all year round.

“It supports everything that we do all year,” Anthony said. “A lot of people don’t know the money we raise at Christmas helps all year long.”

The money helps fund the emergency assistance such as paying utility bills that the Salvation Army offers. It also funds the soup kitchen, community center programs for young people, musicians, men and women, and more.

Christmas is now less than two weeks away, so there isn’t a lot of time to make up the difference. But Anthony is hoping it can happen.

“We’re hoping in the next two weeks, we can reach our goal,” she said.

Suffolk police are seeking the public’s assistance in identifying a suspect that attempted to rob a convenience store in November.... read more