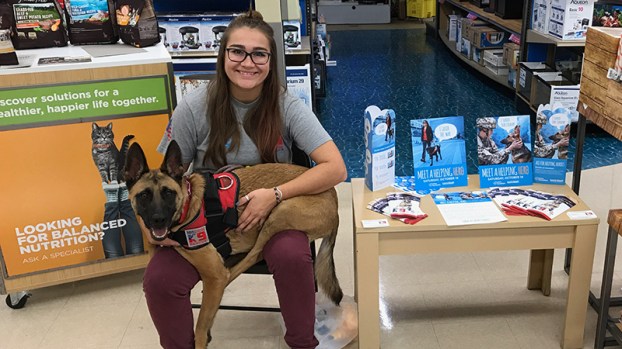 A reward is being offered for Darja, a retired contractor working dog pictured with her owner, Frankie Rivas. (Submitted Photo)

A retired military dog is missing from her Portsmouth home and may have been recently spotted in Suffolk.

Darja, a 4-year-old Belgian Malinois, has been missing since the evening of Dec. 2, according to Darja’s owner, Frankie Rivas. She went missing from the Shea Terrace neighborhood in Portsmouth and was last seen wearing a red collar.

Darja was raised as a Contractor Working Dog, detecting explosives for vehicles in Kuwait. She was brought back to the United States and adopted by Rivas in September.

Rivas said a North Suffolk resident may have spotted Darja on Friday running behind the Comfort Inn on Bridge Road. She was spotted on Dunkirk Street in Portsmouth Tuesday morning and near the Planet Fitness at 5815 W. Norfolk Road later the same day, according to Mission K9 Rescue’s Facebook page. 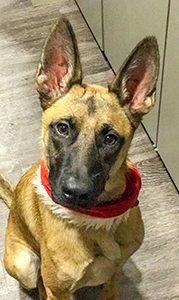 She’s likely following the train tracks, Rivas said. Her boyfriend, Bobby Holland, has been walking tracks as she drives around neighborhoods with her windows down and her ears sharp.

“We’ve put fliers up and have people constantly out looking and helping me try and find her,” she said. “We’re doing stuff every day, all day, and well into the night as well.”

Rivas said if you see Darja, do not try to chase her. Instead, sit or lie down with food that has a strong odor, like tuna.

Santa Claus and the Suffolk Sheriff’s Office delivered holiday cheer to schoolchildren on Monday after another successful toy drive. About... read more