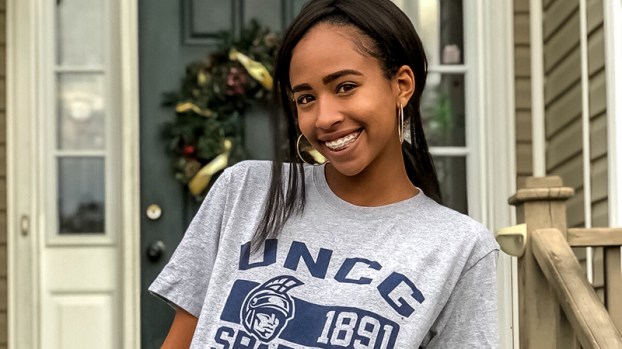 Lady Bulldog Ashley Bido has committed to play college soccer at the University of North Carolina-Greensboro.

King’s Fork High School senior Ashley Bido has committed to play soccer at University of North Carolina-Greensboro. The all-conference, all-region and all-state player will be displaying her talent in the Southern Conference in 2018.

Bido described her recruiting process as a bit difficult. Her process started her junior year, which is a year or two later than most people. However, playing club soccer helped her gain more exposure, which led to her gaining interest immediately. UNCG first saw her in March at a tournament. She talked with the coaches and has toured the campus a couple of times but wanted to wait until December to make a decision. She is happy with her decision.

She received offers from the University at Albany and also had interest from Hampton University, Christopher Newport University and the College of William & Mary, among other schools. Bido knew UNCG was the school for her after her first tour there.

“When I took my first tour with my mom, I got that instant feeling,” she said. “That instant feeling that you are always told you will get when you go to the school you know is the one. The campus is beautiful, and everyone there was welcoming and nice. I truly felt like I was at home.”

The Lady Bulldog also mentioned that the coaching staff was to her liking and helped her feel comfortable and confident from the start. She feels relieved now that she has made her decision. She is leaning toward majoring in business administration and hospitality.

Her parents were the most supportive throughout the process, she said.

“I definitely wouldn’t be where I am today without the help of any of them,” she said. “I talked over the whole process with them, and they advised me to choose the place that I wanted to be for the next four years.”

Bido will now shift her focus to her senior season, which will take place in the spring. The Lady Bulldogs had a successful season last year, reaching the state semifinals for the first time in school history.

“I am looking forward to keeping up the same energy and effort we had from last season,” she said. “We were very close to what we wanted to accomplish. We had some great players graduate, but that just means we will work even harder as a team.”