A 27-year-old man pleaded guilty on Friday to charges of involuntary manslaughter and distribution of heroin in connection with the death of his girlfriend more than two years ago.

David A. Mullins was scheduled for a pre-trial hearing Friday but decided to enter pleas of guilty instead. The charges carry a maximum penalty of 50 years in prison.

According to Glassman, emergency personnel were called to the home at 143 Mahan St. on Dec. 5, 2015. Tealy Butler, 19, was found unresponsive and pronounced dead. The medical examiner determined she died of a heroin overdose, Glassman stated. 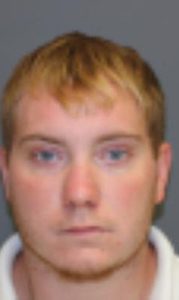 Detectives found that Butler was Mullins’ girlfriend, Glassman said. Earlier that evening, Mullins had purchased the heroin from an unidentified drug dealer and brought it back to the residence, where he used some and gave some to Butler to use, Glassman stated.

Mullins eventually took Butler from the bath and brought her to the bedroom, where he went to sleep. When he woke up, he found the woman unresponsive, at which time paramedics were called.

The case is set for sentencing on Feb. 28.

Virginia has a law that protects those who report overdoses by providing them an affirmative defense to prosecution for certain charges, including possession of controlled substances, if they call for medical attention for the victim and remain at the scene. However, Mullins would not have qualified for that even if he had called, because he was charged with distribution of the heroin, not simply possession, Glassman said.