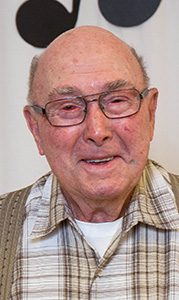 Billy Joe Onks was called to his heavenly home on Dec. 17, 2017 at the age of 86. Billy was a long-time resident of Phoebus and resided in Suffolk for the past 19 years.

In May 1953, he enlisted in the Army and served in the Korean War. Upon returning home and raising a family, he worked at Virginia Power and Horne Brothers and worked the majority of his life as a commercial fisherman. He served as captain of many vessels, including his own work boat, the Clara K.

Billy’s personality permitted him to connect to all age groups and mentor many young individuals, especially his grandson, Gabriel Rosa, whom he called “Boy.” He was an incredibly kind man with a generous heart and spirit. He loved music, especially bluegrass, country and gospel, attending many of the bluegrass festivals in the area every year and jam sessions throughout the year.

The family will receive friends from 6 to 8 p.m. Thursday, Dec. 21, at R. Hayden Smith Funeral Home, 245 S. Armistead Ave., Hampton. A funeral will be conducted at 11 a.m. Friday, Dec. 22, at the funeral home chapel by Pastor Joe Hunt. Interment will follow at Parklawn Memorial Park. Expressions of condolences can be made online at www.rhaydensmith.com.

In lieu of flowers, the family requests donations to be made to one of Billy’s favorite charities, the Alzheimer’s Association.