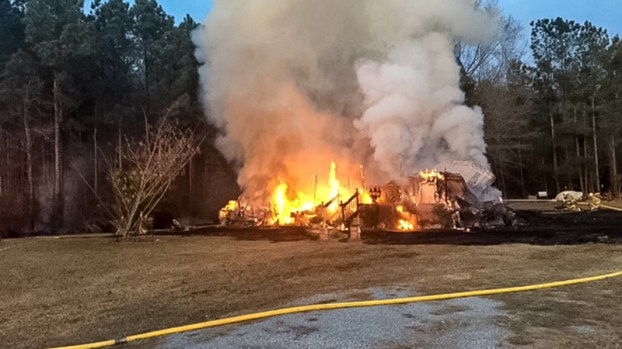 Suffolk Fire & Rescue had another busy day spent fighting multiple fires on Tuesday. It was the second time in three days that the department responded to two major fires in one day.

Crews responded to a brush fire that spread to a residential structure in the 7600 block of Harvest Drive Tuesday afternoon. The fire was reported at 1:26 p.m., and the first unit arrived on the scene at 1:35 p.m., according to a city press release.

The fire burned about half an acre to one acre of mostly grassy lawn and some woods, the press release stated. The home sustained about $5,000 to $10,000 worth of damage, mostly to the exterior.

Eight adults were home at the time and will be staying with family, the press release stated. There were no injuries. 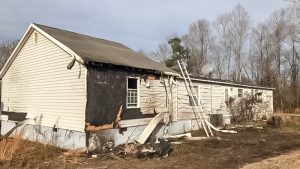 Carrsville Volunteer Fire Department responded to help at the scene.

A second call came in at 4:29 p.m. from the 11000 block of Camp Pond Road, according to a city press release. The first unit arrived at 4:45 p.m. and found a single-wide trailer fully engulfed in flames.

The fire eventually extended to the wood line, according to a city press release. The fire was marked under control at 5:15 p.m. No one was home at the time. The single occupant will stay with family. There were no injuries.

The Fire Marshal’s Office will investigate the cause of both of Tuesday’s fires.

The office continues its investigation into a fire on Page Place on Saturday, city spokesman Tim Kelley said on Tuesday. A fire that also happened Saturday on Sierra Drive was determined to be an electrical fire.

An older couple living in the Suffolk Meadows neighborhood lost their home and possessions in a fire on Saturday, and... read more