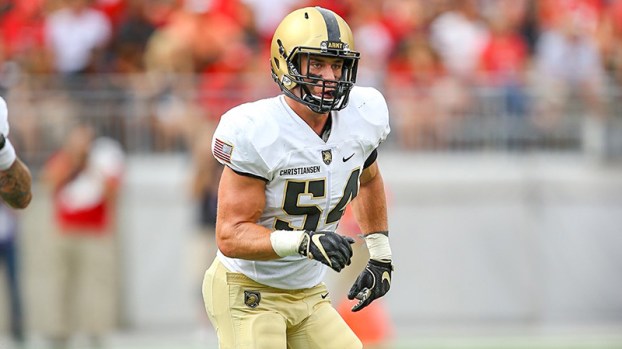 Cole Christiansen will be in a bowl game on ESPN Saturday with Army. The Suffolk native starts at outside linebacker for Army. Army photo

Christiansen to play in bowl game

Cole Christiansen will be competing in the Armed Forces Bowl Game with Army.

Army at West Point finished its regular season with a 9-3 record. That record earned them a bid to the Lockheed Martin Armed Forces Bowl that will be aired on ESPN Saturday. Army will compete against San Diego State University.

The Suffolk native finished the regular season second on his team in tackles with 82, which included five tackles for loss. He has been starting at outside linebacker all season long. The Armed Forces bowl game will be played in Texas.

Catch the Suffolk native on ESPN at 2:30 p.m. Saturday.