Louise Delores (Tucker) Jones, a mother, grandmother, great-grandmother, matriarch and friend, was born on March 11, 1944, in Suffolk, to the late Jessie (White) Tucker Allen and James Edward Odom. She was the youngest of three sisters. Her sisters Margaret Arlene (Tucker) Whedbee and Lottie Mae (Tucker) Vaughn preceded her in death. 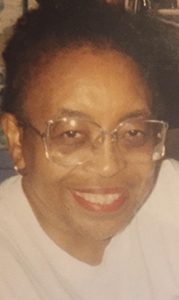 Louise also had a passion for science and medicine. With a desire and empathy to help others, she ultimately decided to pursue a career in nursing, rather than performing as an opera singer. Her nursing career expanded more than 40 years.

Louise accepted Jesus Christ as her Lord and Savior as a young child. Louise offered a lifetime of service to Christ by singing in the choir, as well as being a member of the usher board, intercessory prayer ministry and the nursing ministry. She was a faithful servant of the Lord her entire life.

Louise never neglected her musical gift and consistently displayed her vocal proficiency. Beginning as a child, and throughout her entire life, she joined the choir at every church where she became a member. As a soloist and choir member, she sang for Metropolitan Baptist, Suffolk; First Baptist, Suffolk; Alfred Street Baptist, Alexandria; and Oakland Baptist, Alexandria. Her last church of membership and attendance was From the Heart Church Ministries (formerly Full Gospel AME Zion), where she sang in the choir for more than 25 years.