Wallace “Tim” Picot(t), of Holly Run Drive, Carrsville, peacefully transitioned from this life on Dec. 21, 2017, while a patient in Sentara Obici Hospital, with his children at his side. He was a native of Carrsville, a retiree of Union Camp Corporation and a lifetime member of Pulaski Baptist Church. 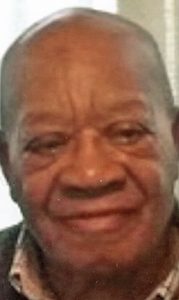 On the day of service, his remains will rest in church for viewing by 9 a.m. A service celebrating his life will be held at 11 a.m. Thursday, Dec. 28, 2017, at Pulaski Baptist Church, 6431 Carrsville Highway, Carrsville, with the pastor, the Rev. Dr. R.E. Rodgers, delivering the eulogy. The committal and benediction will be in Picot Cemetery. A traditional service with dignity by Wm. M. Johnson & Sons Funeral Home, Inc., 224 S. Main St. Please share your condolences with the family at wmjohnsonandsons.com.