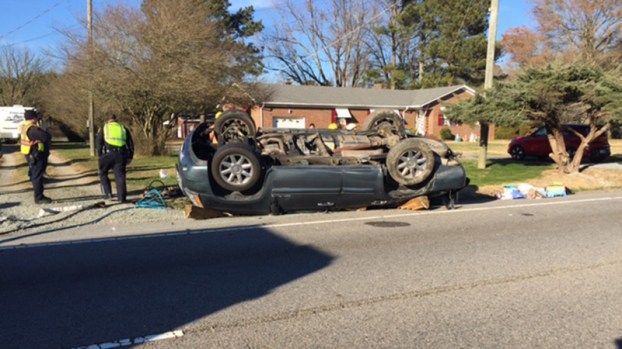 Two people were rescued from entrapment in this vehicle after a crash on Holland Road Thursday afternoon.

Two people were rescued from a single-vehicle accident in the 3900 block of Holland Road on Thursday afternoon.

The crash was reported at 2:30 p.m., and emergency personnel arrived to find the vehicle overturned and the two occupants entrapped, according to a city press release.

The occupants, one male and one female, were removed from the vehicle and transported to an area hospital with injuries not considered life-threatening.

The westbound side of Holland Road was closed for part of the afternoon while crews continued to clear the scene.

The cause of the crash is under investigation, the press release stated.

Suffolk has had 14 structure fires since January, and after every one, Suffolk Fire & Rescue has hit the streets... read more