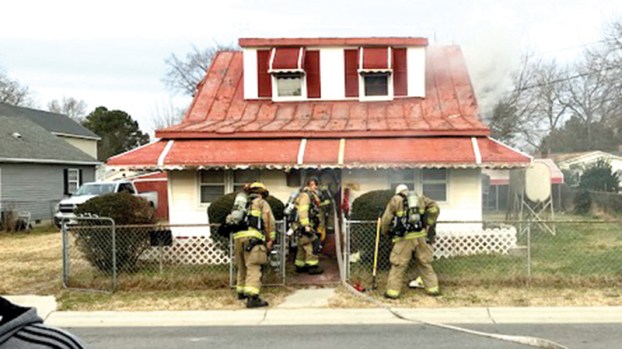 Firefighters quickly extinguished a fire in the 100 block of Lewis Avenue on Saturday afternoon.

The fire was reported at 2:20 p.m. The first unit arrived on the scene at 2:23 p.m. to find smoke and fire showing from the house, according to a city press release.

The fire was confined to the first floor and marked under control at 2:36 p.m. The fire was deemed to be an electrical fire, the press release stated.

The three residents were displaced as a result of the fire and will be staying elsewhere. There were no injuries to the occupants or to fire personnel.

Firefighters responded to a chimney fire at a home in the 5700 block of Godwin Boulevard on Friday afternoon. A... read more