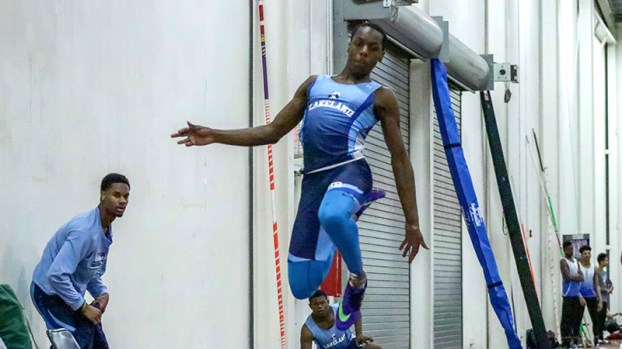 After winning the 3A indoor regional championship last year, the Cavaliers track and field team is hoping for continued success.

The Cavaliers are looking to go back to back this year in regional championships. Last season, the boys’ team surprised some onlookers with the victory. Lakeland returns some of those same athletes as well as others who will be stepping into the spotlight for the first time this season.

They have gotten off to a good start so far in this season with only a couple of meets. Senior Deondre Little currently holds the state’s fastest 300-meter dash in Class 3. Their 4×200 team also holds the current fastest times in the region. Those are all encouraging things as Lakeland is gearing up for the regional and state meets that come around late January into early February. The Cavaliers could be the head-on favorites to take the regional championship once again.

Coach Brian Rountree sees the potential of his team day-in and day-out and thinks the future is bright as long as the Cavs are able to remain healthy.

“We are looking to do some good things,” Rountree said. “These kids are working hard every day, and I think they want to experience another championship. We want to get these athletes in school at the next level. At the same time, we also want to dominate.”

Last year, Lakeland was particularly strong in its relay teams and is expected to be active in the area once again. They placed first in the 4×200 at the regional championship last year. The 4×400 and 4×800 teams placed second and third, respectively.

Health will be the biggest beneficiary to Lakeland. They want to be peaking around regional time, so if injuries are a problem for Lakeland, Rountree is likely to nurse runners’ injuries so they can be prepared for the big moments.

Lakeland will have another Southeastern District meet Jan. 12.

Lakeland High School’s boys’ basketball team continues to get stronger as its season goes on. Despite the win-loss column not... read more