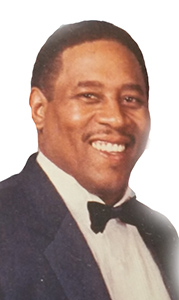 Kenneth Aaron Bowe Sr., also known as “Kenny Benny” or “Bowe,” of 2540 E. Washington St., died on Jan. 6, 2018, in Suffolk. He was born July 9, 1951, at Norfolk Community Hospital, to Mountain and Hortense Chappell Bowe. He was a believer in Christ and a confirmed Episcopalian; loved his family; respected people and in general, talked with or helped anyone (whether known to him or a stranger); and was an outdoorsman, a master at lawn care and hunting, until his health failed. After his 1969 graduation from Union Kempsville High School (where he was elected class president, sang first bass in the choir, was on the football team and was a member of the Bachelors’ Club), he attended Norfolk State University. He was owner-operator of Bowe’s Bail Bonding Company and previously employed by Norshipco and D.C. Metro. He was preceded in death by his parents; stepmother, Regina Jackson Bowe; aunts and uncles, Frank Bowe; Beatrice B. Willis, Sylvester and Annie Chappell, Thomas and Sarah Chappell, Miller and Mattie C. Stevenson, Freddie and Hortense Chappell; and brothers-in-law, James Barnes Jr. and Walter Spencer.

Kenny is mourned by his wife, Rosa B. Bowe, and son, Kenneth A. Bowe Jr., of the home; a daughter, son-in-law and grandchildren living in Upper Marlboro, Md., Kimberly B. and William Fairfax and their children, William, Kennedy and Karrington; brother, Jackie Bowe and his wife, Adrienne, of Virginia Beach; sister, Hortense B. Spencer, of Lanham, Md.; aunt, Valda Bowe Flores, of Norfolk; mother-in-law, Magdalena Barnes, of Suffolk; brothers-in-law, Ray Barnes, of Grapevine, Texas, and Carlito Barnes, of Suffolk; sisters-in-law, Michele B. Sydney (Vincent), of Hampton, Patricia B. Edwards (Jerald) and Theresa Barnes, both of Norfolk, Margaret Barnes and Vonnie Barnes, both of Suffolk; and nephews, nieces, cousins and friends.

Viewing and visitation with the family will be from 6 to 8 p.m. Friday, Jan. 12, 2018, in the Melvin J. Blowe Chapel of the funeral home. The funeral rites will be at noon on Saturday, Jan. 13, at St. Paul’s Episcopal Church, Suffolk, with church viewing from 10:30 to 11:50 a.m. Entombment will follow at Carver Memorial Cemetery. In lieu of flowers, memorial donations may be made to: Outreach Food Pantry, St. Paul’s Episcopal Church, 213 N. Main St., Suffolk, VA 23434. Memorial donations will be acknowledged by the family. Condolences to the Bowe family may be extended to www.crockerfuneralhome.com. Professional services with dignity have been entrusted to Crocker Funeral Home Inc.