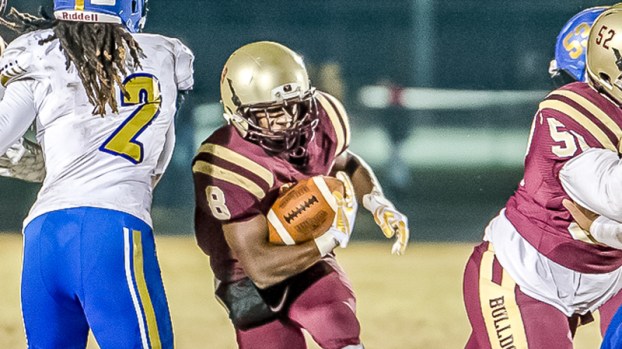 After initially committing to Norfolk State University in early December, Butts decided to reopen his recruitment and wanted more time to think about his decision. He then took the next few weeks to weigh his options while still heavily considering NSU.

After much thought, Butts decided his future will be best spent at HU. Prior to committing to NSU the first time, Butts said HU was a close second.

“First, let me start off by thanking God for giving me a great opportunity to place this wonderful sport at the next level,” Butts said in a statement about his decision. “After talking it over with my family, friends and coaches, I decided to commit and take my talents to Hampton University. Thanks to all the schools that showed me interest and felt like I was a good fit for their program.”

The Pirates now have a Suffolk trifecta this year, scoring athletes from all three of the city’s public high schools. DeAndre Faulk of Lakeland High School and Evan Lomax of Nansemond River High School have also committed to Hampton.

King’s Fork High School football had a big year in 2017, and Butts was a significant part of that. He finished his senior season with 1,810 yards and 25 touchdowns. Those numbers led to him becoming the Offensive Player of the Year both for the Southeastern District and for Class 4 Region A. He was a unanimous decision on both the all-district and all-region first teams and was also a first team all-state running back. His favorite moment of the season came when the Bulldogs defeated Oscar Smith High School.

“It was like the whole city was out there for us,” he said. “Nobody thought we could beat them, and we proved a lot of people wrong.”

Even though Butts’ decision went from NSU to HU, he will still be close enough to home to where family can go see him play. Butts values his family. He often talks about what he has overcome the past two years after his mother’s death and how hard he has worked to put himself in position to play football at the next level.

The Bulldog senior will add a nice change of pace style of running to the Pirates’ program. He is able to explode at any part of the field, having turned in multiple games with two-plus touchdowns and 50-plus-yard runs this season.