A Franklin man was arrested on Tuesday and charged with leading police on a pursuit in a vehicle that had been reported stolen from Suffolk.

Ahmond Tyshaun Coner, 20, is charged with felony eluding and possession of a stolen vehicle, according to a press release from the sheriff’s office. 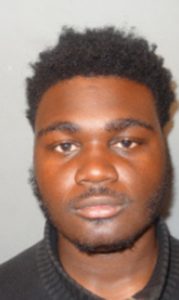 A Southampton County sheriff’s deputy attempted to stop a vehicle for a traffic violation about 10:46 p.m. on Southampton Parkway near Meherrin Road, according to the release.

The driver of the vehicle allegedly attempted to flee, and a pursuit began, the release stated. The vehicle traveled as far as Capron at speeds in excess of 100 miles per hour. At one point, the vehicle crossed into the opposite lane of travel for a short distance before turning around and traveling back toward Courtland.

The vehicle left the roadway near Buckhorn Quarter Road, the release stated. The driver allegedly attempted to flee on foot but was quickly apprehended.

Four adult passengers were originally detained and then released. No one reported any injuries.

Coner was also served with two outstanding warrants for burglary and one for grand larceny out of Franklin, the release stated.

A signature from President Donald Trump is all it will take to begin to right some of the wrongs done... read more