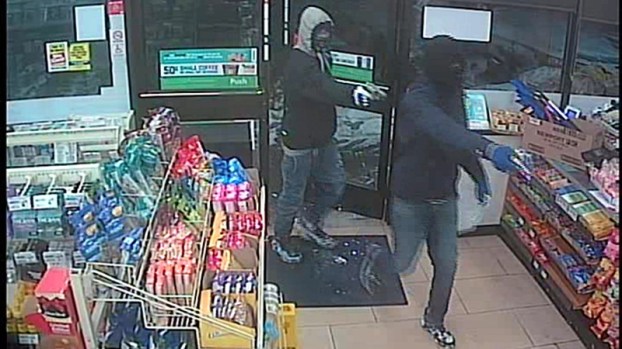 Two men robbed a 7-Eleven on Portsmouth Boulevard early Thursday. Shots were fired, but no one was injured. (Submitted Image)

Shots were fired in a robbery that happened early Thursday at the 7-Eleven in the 1100 block of Portsmouth Boulevard.

The robbery was reported at 2:20 a.m., according to a city press release. Two suspects entered the store armed with handguns and took an undisclosed amount of cash. One of them fired several shots when exiting the building, but nobody was injured, the release stated. The robbers left on foot.

Anyone with information is asked to contact Crime Line at 1-888-LOCK-U-UP. Tipsters can also submit tips through the free P3 Tips mobile app, by going to www.p3tips.com or by visiting the Suffolk Police Department website at www.suffolkva.us/spd and looking for the Suffolk Crime Line link. Tipsters never have to give their names or appear in court and may be eligible for a reward of up to $1,000.

One displaced in fire

One person was displaced in a house fire on Godwin Boulevard Wednesday evening. The fire was reported at 7:38 p.m.... read more