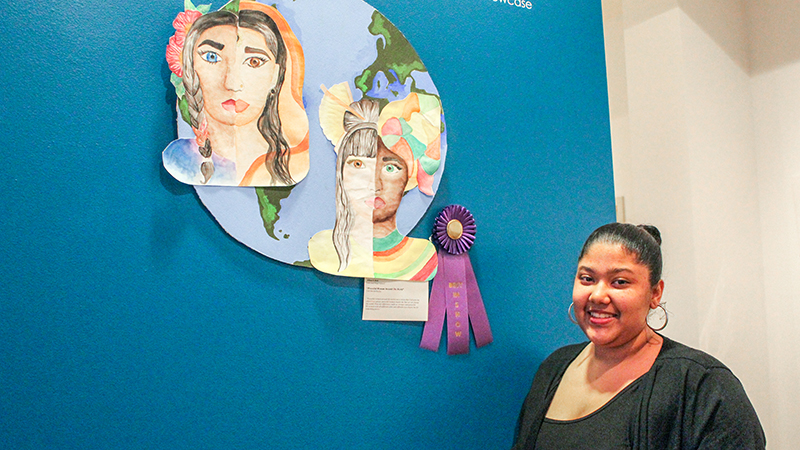 The theme for the art show was “Art of Diplomacy.”

“The theme was open to student interpretation, and most of them gave us their inspiration for their artwork,” said event chair Linda Dolan. “It was really great, because all the art was very different in all the different mediums.”

Mayor Linda T. Johnson was in attendance to present the young artists and authors their awards.
“Right now, it is important to have youthful ideas, and we need to be listening to our young people,” Johnson said.

The artwork was judged on originality, composition and theme interpretation.

Five awards were given out for the poetry category.

Four awards were given out for the essay category, and all four winners attend Nansemond-Suffolk Academy.

Six awards were given out in the drawing category.

Six awards were given out in the painting category.

Five awards were given out for 2-D mixed media.

Four awards were given out for photography and computer-generated art, and all four winners attend Nansemond-Suffolk Academy.

Chiara Bargelessi, Lakeland, won the Sister Cities Choice Award. The award was chosen by the board of Suffolk Sister Cities International.

Finalists in poetry, essay and best in show will all go on to the District of Columbia for a final round of judging.