Arrest made in robberies

A 55-year-old Suffolk man has been arrested in connection with four armed robberies that occurred during May. 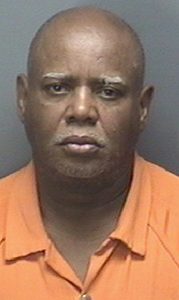 Anthony Scott Fleming was initially arrested on June 1, according to a city press release. He was wanted for the robberies of the Dollar General in the 1200 block of Wilroy Road that occurred on May 10, as well as the robbery at the Rite Aid in the 1500 block of Holland Road that occurred on May 12, according to the press release.

During the investigations, police also found Fleming was the offender in the robbery that happened at the Walgreens in the 2900 block of Godwin Boulevard on May 6 as well as the robbery that occurred at the Murphy USA gas station on North Main Street on May 23.

During the robberies, the suspect approached the counter as if he were going to buy something and then used a knife to threaten employees while demanding money, according to the city press release.

No one was injured during the incidents.

Fleming is being held without bond at Western Tidewater Regional Jail.

A handful of Suffolk police officers traded in their uniforms for running shoes to run the Flame of Hope across... read more