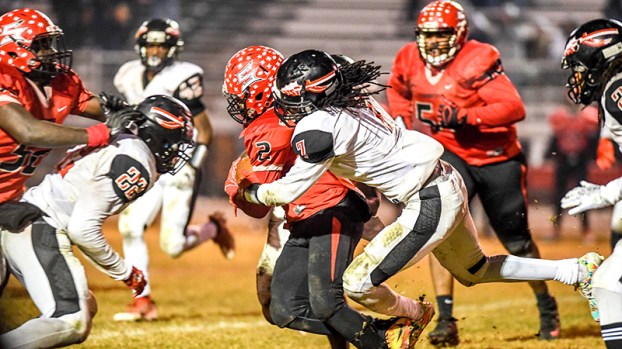 With Stringer’s high school career officially coming to an end with graduation, Stringer will go into the summer with yet another accomplishment. His accomplishments as a football player in his time at Nansemond River earned him a spot on the Warrior Wall of Fame.

The last football player added to the wall was 14 years ago. Faculty and coaches knew he was going to be added and kept the secret from Stringer until this week.

“It was an unbelievable feeling,” Stringer said. “Nobody has accomplished this in the last 14 years. Before I got to Nansemond River, I saw that it hadn’t happened in a while, and I wanted to change that. I was dedicated since ninth grade, and I finally was able to make it.”

Even though Stringer had worked hard since he first put on a Nansemond River jersey, he felt like over the course of four years he could have done more. The type of athlete he is always has him feeling like he can do more for his team. He started his first game as a sophomore against Oscar Smith High School and played so well that he earned the spot for the rest of the season. The year he had the most fun by far was his senior season.

He helped Nansemond River become Class 5 Region A champion on its way to a state semifinal berth. In his senior year alone, he was a first team All-District, All-Region and All-State selection. Stringer was also the region’s Defensive Player of the Year.

The senior will leave a legacy at Nansemond River and will go into the next chapter of his life on the football field at East Carolina University.

King’s Fork High School track and field team competed in the state meet over the weekend, and Kaia Young was... read more