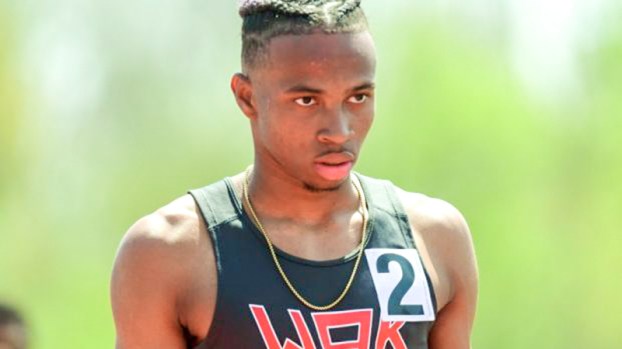 Daiqwaun Faircloth was voted Suffolk News-Herald Player of the Week after winning regional championships in the 110-meter hurdles. (submitted photo)

Daiqwaun Faircloth was voted Suffolk News-Herald Player of the Week after winning regional championships in the 110-meter hurdles.

This year has been quite the year for the Nansemond River High School senior track standout. He has made an impact on the WAR track and field program this year both indoor and outdoor, with outdoor being the most current. At the regional championship meet, Faircloth took first in the 110-meter hurdles and second in the 400-meter dash.

A week later, Faircloth followed up his regional championship with two state titles at the state championship meet. He ran each state title event with personal best time and school best times. There is one more meet for Faircloth to compete in, but regardless of that, he has felt great about how his senior season has gone.

“It feels great to end my senior year how I wanted,” he said. “After losing in the 110 and 300 my junior year, I told myself next year no matter what I’m going to fight to win, and that’s what I did.”

Faircloth admits the beginning of his outdoor season was a bit bumpy, but he was able to get back on course and have the season he wanted. Combining his indoor with his outdoor season, he is satisfied with the way things went. For his senior season, he wanted to become a state champion and a national champion and with the outdoor nationals approaching, he’d like to become an All-American in the hurdles.

“I feel accomplished with the way my senior season went,” he said. “It was kind of bumpy at the beginning of my outdoor season, but towards the end it was great. We have the outdoor nationals meet left, and I plan on leaving everything out on the track.”

Making his family proud is what motivates Faircloth, they have invested so much in him in his track career, so he feels the right thing to do is compete his hardest on the track. Coach Justin Byron has also played a huge part in the development of Faircloth and has stated multiple times how impressed he has been with the growth of the senior in two years. The senior was a decent sprinter two years ago, but then he picked up hurdling and has become a state champion and is on pace for an All-American finish.

“Looking back on where he was two years ago and now, it’s like day and night,” Byron said. “He has had one of the most amazing transitions I’ve seen in an athlete in just two years. He has a love for the sport, and all of it comes from determination and focus.”

The WAR standout, is a big fan of Grant Holloway, a track and field standout at the University of Florida. Watching him helped Faircloth make the decision to take hurdles more seriously, because he knew it could get him very far in his track career. He hopes someday to line up next to him and race.

In his spare time, Faircloth likes to hang out with family. He can also be found playing video games such as Fortnite. Faircloth will compete in North Carolina for nationals, and then he is on to college.

Three Lady Bulldogs were selected to the All-Region teams after advancing almost all the way to the state tournament. The... read more