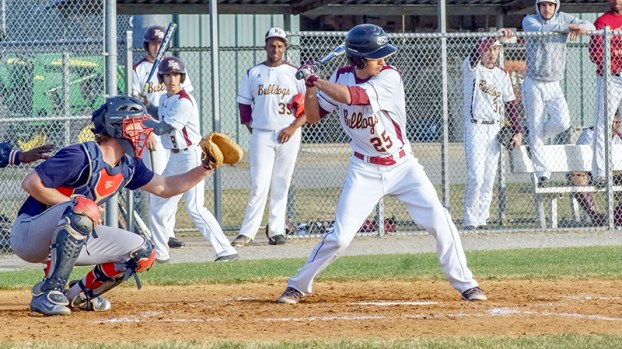 Four Suffolk natives have signed to the Paul D. Camp Community College baseball team, and a few more are expected to join them.

Former Nansemond-Suffolk Academy baseball coach and head PDCCC coach David Mitchell will continue to add more Suffolk natives to the program. He took over last year and has recruited a couple of Suffolk natives last year. This year, he has four players signed from Suffolk schools. 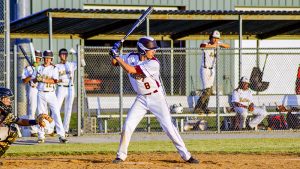 Mason Brown goes to bat for the Bulldogs against Western Branch during a game last year. He has committed to playing baseball at Paul D. Camp Community College. (Caroline LaMagna photo)

“It is an awesome feeling knowing that we will get a chance to play together again,” Marrero said. “I have known these guys for the past couple of years, and it’s a good opportunity to be close to home and work on our skills.”

Caden Anselm from NSA will also be joining the program. Anselm played for Mitchell while he was at NSA and thinks it’s a great opportunity to stay close to home and play for him again. In some ways, he believes having familiarity with Coach Mitchell will help him in his transition. For his senior season at NSA, Anselm finished All-Conference for the Saints this year.

“It feels awesome to be able to be coached by him for the next two years again,” Anselm said. “Also, being close to home is a plus for my mom.”

Tyler Treat from Lakeland High School also signed to play there. Treat has been recovering from an ACL injury but felt like mentally he improved and physically is hoping to come back better than he did before the surgery.

“I think it’s a great opportunity that Coach Mitchell has provided for me to be able to stay around my family and still go to school and play the sport that I love,” Treat said.

Mitchell is excited about the student-athletes he was able to add from the Suffolk area this year and is looking forward to a strong season.