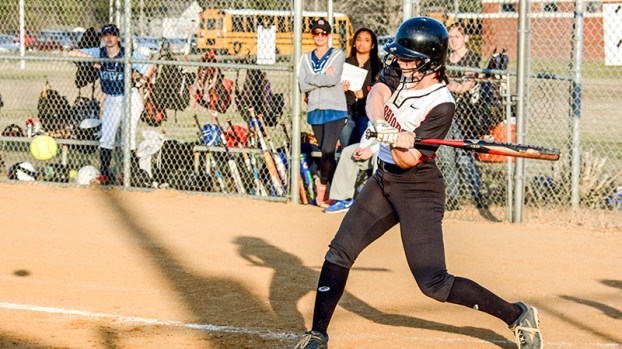 Suffolk had five players selected to the Southeastern District softball teams this season.

All three of the Suffolk Public Schools softball teams were able to advance to the playoffs this year in their respective regions. That resulted in five players making the All-District teams and more from Suffolk could easily have made either team.

“It feels great, I am just glad I am able to represent King’s Fork,” Froemel said. “I just wanted to be able to live up to what I accomplished last year.”

Taylor Cherry and Ashlyn Rogers were both first team selections for Nansemond River High School. Both Cherry and Rogers were also All-Region selections as well. Rogers, like Froemel, is 2-2 with first team accolade selections. Rogers is grateful to have been recognized for her play for her last season, knowing that softball isn’t her primary sport. Cherry, only a freshman, has gotten off to a good start in her high school career.

“Receiving two accolades as a freshman is such an honor,” Cherry said. “I realize there is a lot of talent in this area. I give a lot of credit to my coaching staff and my teammates for encouraging me to be the best I can be on and off the field and to rise above adversity. I am just appreciative and humbled by the recognition.”

Lisa Stuprich represented Lakeland High School, as she was selected to the second team. With Lakeland being the lowest classification in the district, it meant a lot to Stuprich to have been selected among so many names that go to bigger schools. Stuprich was also a second team all Class 3 Region A honoree as well.

“I am excited,” Stuprich said. “I have made many accomplishments recently for softball, and this has been big for me. Schools like Lakeland don’t really get looked at for sports, and they’re very underestimated, so to make an all-district team being here is awesome.”