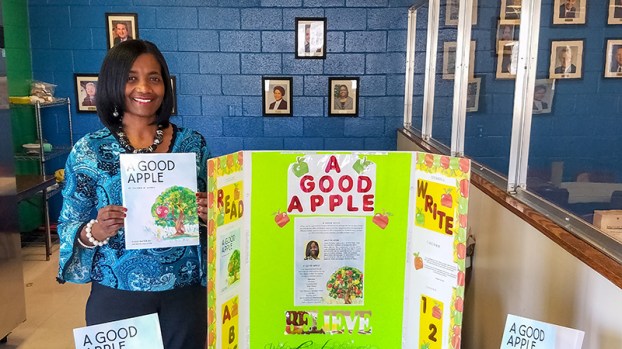 The book is educational and features subjects like the alphabet, numbers and colors, but it also features Bible verses and moral teachings.

“The book introduces foundational life learning skills for all children so they can learn how to behave in a way that’s pleasing to God,” Burke said.

Burke has been a Vacation Bible School teacher for more than 30 years, and she wanted to write a book that could instill those things that she has taught her children along with so many others.

“I was inspired by the things I taught my kids and all the other kids, and I wanted to incorporate it in a book so that they can pass it along from generation to generation,” Burke said.

Burke hopes that this book can be used for instruction in Sunday schools, children’s ministries or other Vacation Bible Schools.

Burke decided to self-publish, and she used CreateSpace, an Amazon company that allows people to publish their own books, music and films.

She believes the process was much simpler and much more affordable than going to a larger publishing company.

Not only is she happy with her first book, but she hopes to publish more in the future. Burke wants to publish other religious-based books for teenagers and even adults.

“I want them to have a relationship with God, since He is the perfect role model. When children and adults model after Him it makes it easier to grow educationally and biblically,” Burke said.

“Kids’ social skills are poor. Technology is good, don’t get me wrong, but it takes away a lot of eye to eye communication,” Burke said. “I want them to be able to talk and express the difference between good and bad and learn to be better people as a whole.”

“A Good Apple” is available for sale on Amazon.

Read for slime and prizes this summer

Starting today, Suffolk readers can work together to finish 8,000 books to potentially win a grand prize, along with the... read more