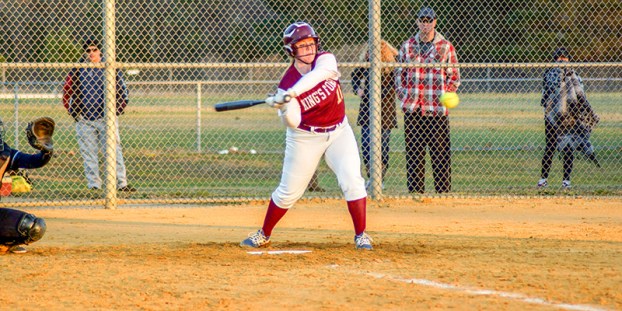 Madison Froemel was selected All-State for the second consecutive year in a row.

“My main goal was to better myself, and I think I was able to do that,” Froemel said. “It is honestly unbelievable. All my teammates and coaches have pushed me and also those who I have competed against have pushed me as well. I wouldn’t be where I am today without those on or off my team.”

Froemel finished her final regular season with 31 hits, 29 runs and 30 RBIs. She also had nine home runs, which led Suffolk softball players. She hoped to have helped her team make the state tournament, but the Lady Bulldogs fell short. However, Froemel had goals to come in and achieve more than what she did last year, and by all standards she did.

Froemel was the only senior on the team this season, and she knew she was going to have to continue leading by example. With what she has accomplished in her softball career at King’s Fork, it can serve as motivation for the other Lady Bulldogs in the program.

“Coming into this season I knew I was going to have to step my game up and become the leader for the team,” Froemel said. “I try to show the girls you can have fun and get the job done.”

Madison’s father, Richard Froemel, who is King’s Fork’s head coach, is happy for his daughter as is her mom.

“They’re extremely proud of me,” she said. “They traveled with me all over the place in travel ball and have always been supportive of me.”

“Feels good to know all of her hard work on the field is paying off,” Coach Froemel said.

Froemel will continue her softball career at McDaniel College in Maryland.

Six for the boys…

Six Suffolk boys’ soccer players were selected to the All-District teams. Suffolk had its fair share of representatives on the... read more