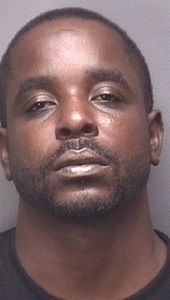 A 38-year-old man has been arrested following the Friday afternoon armed robbery of BB&T in the 100 block of East Washington Street.

Travas Janmain Watkins was arrested Saturday after the Suffolk Police Department investigated the crime, according to a city press release.

The robbery was reported at 4:26 p.m. Witnesses said a black male entered the bank, implied he had a weapon and demanded money from the tellers, according to the press release. The subject fled on foot following the incident with an undetermined amount of currency. There were no injuries.

Watkins is being held without bond at Western Tidewater Regional Jail.

Chasing for peanuts in Suffolk

Families followed the clues and explored Suffolk on the hot and sunny Saturday afternoon for the third annual Amazing Peanut... read more