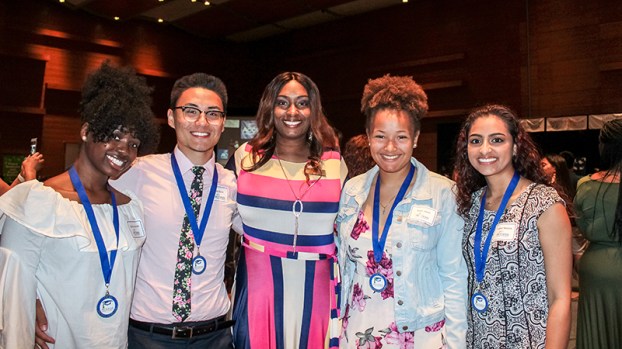 Graduation is over, but students are still being honored for their hard work and dedication before they head off to college.

The luncheon featured an Access success story with Gwen Green. Green worked with an Access advisor to help her get an acceptance letter from the College of William & Mary, and she continued her education at Harvard Law School.

Green imparted wisdom to the students in the audience and spoke of the great work that Access does for students.

“College has always been a dream of mine. However, the idea of paying for college meant the dream was out of reach,” Green said. “My Access advisor showed me it wasn’t out of reach, and they never doubted me.”

The Access College Foundation awarded a total of $800,000 to 114 graduates in the South Hampton Roads area.

Having an Access advisor in Suffolk Public Schools has made the possibility of college a reality for many students, and the process didn’t seem as daunting with the help of advisors.

“The process is so stressful and confusing, and Adrienne Miller made it easier,” said Natalie Baines. “Ms. Miller was like my holy grail, and she really highlighted the path for me.”

“Mrs. Miller was really helpful, and she made sure that I got everything in before deadlines,” Dyamon Daniels said. “With her, it was nice and easy.”

“I’m usually really indecisive, but Ms. Foster helped me narrow down the schools I was looking at,” Tyla Jones said. “She helped me fill out my FASFA, which was super beneficial.”

While all of the students were honored for their work and their future endeavors, they were also given advice from Green and the keynote speaker, Darryl Bell, who was an actor in “A Different World,” a sitcom from the ‘80s and ‘90s that was set at a fictional college in Virginia.

Bell is an advocate for students to complete four-year degree programs because of the financial benefits. Bell cited that students with higher education are more likely to earn more money, be full-time workers, own a home and vote. He also told students that they would learn a lot of important skills during their time in college.

“There are fundamental reasons why college is an important opportunity. College provides an opportunity to change their lives,” Bell said. “College is the most predictable advantage for these students.”