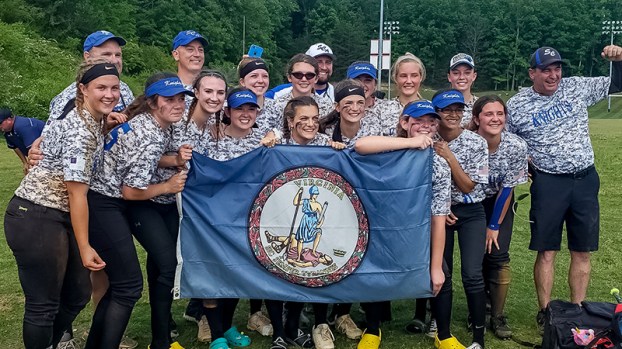 Suffolk Christian Academy won a national title this season and as one of the notable things that happened this 2017-2018 school year. (Submitted photo)

A good year for Suffolk sports

It was another year filled with noteworthy accomplishments over the course of the year, whether team success or individual.

Things got started in the fall with incredible things happening. King’s Fork High School football emerged as a dominant force in South Hampton Roads as they worked their way to the school’s first-ever district title. In the midst of their run, they defeated Oscar Smith High School in the process, something that had not been done in more than 10 years.

Nansemond River football followed suit and had its own success, winning the Class 5A regional title and becoming the only Suffolk school to reach the state tournament this season, falling one game short of the title game.

Lakeland High School also made the playoffs in football and was the only seventh seed to knock off a second seed this year. Lakeland also had a tremendous year in boys’ volleyball, as this was the first season it reached the regional championship for the first time in school history. What made it so impressive is that Lakeland faced Class 4A schools all during its playoff run.

Nansemond-Suffolk Academy’s volleyball team continued its state run, advancing all the way to the state semifinals.

During the winter, King’s Fork High School girls’ basketball team continued its dominance by winning the district and coming a game away from reaching the state championship.

The Nansemond River track and field team also continued its success by winning another indoor title. They added onto that by winning two national titles as well.

Lakeland’s girls’ and boys’ soccer teams reached the regional playoffs as well as the softball and baseball teams.

Nansemond River’s track team brought home yet another state title during the spring in the outdoor season, while Lakeland fell a couple of points short of bringing a state title home as well.

Individual student-athlete accomplishments at their own schools are always great, and there were a few notable this year for seniors. Dennis Whitehead became the all-time leader in wins for the Bulldogs’ wrestling program and first state champion.

Briana Autrey had her number retired for the Lady Warriors basketball team and was the fastest player to reach 1,000 points.

Kayla Barnes surpassed 1,000 career points for her career for the Lady Cavs.

Overall it was a successful year for Suffolk high school sports.

Penelope Franklin was voted the Suffolk News-Herald Player of the Week after a big game to help Suffolk Christian Academy... read more