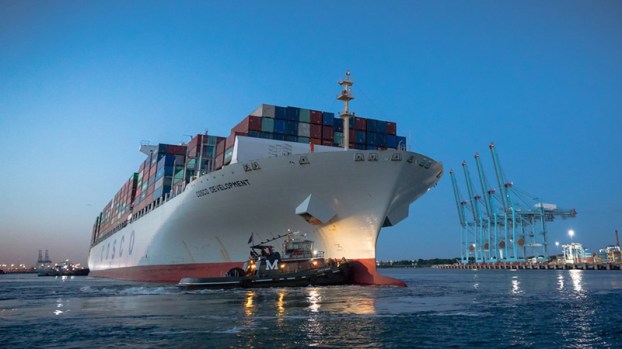 The project that will advance the Port of Virginia’s development into the deepest and safest port on the East Coast received final authorization from the U.S. Army Corps of Engineers on Monday.

According to the press release, the Army Corps issued its Chief of Engineers’ Report, the final federal review required for the port’s “Wider, Deeper, Safer” project to deepen and widen Norfolk Harbor’s commercial shipping channels.

The Army Corps’ positive report allows the project to be included among the federal-funding-eligible projects listed in the Water Resources Development Act bill. Projects that will receive funding will be decided on during the federal budget process, according to the press release.

“It has been a three-year collaborative effort and the result will drive growth at the port and economic development and job creation throughout Virginia for decades to come,” Virginia Port Authority Chief Executive Officer and Executive Director John Reinhart stated in the press release.

The largest Atlantic trade ships are already calling on Virginia, the press release states, but the added depth will allow for the safe, uninterrupted passage of even bigger vessels on the horizon. The dredging project will deepen the channels to 55 feet and widen certain areas to allow for two-way traffic of ultra-large container vessels.

This will be executed in two phases, starting with preliminary engineering and design that’s expected to take 18 to 24 months and cost $20 million. The subsequent dredging phase will cost $330 million with a target completion in 2024.

Gov. Ralph Northam and both legislative chambers agreed in June to invest $350 million for the harbor project.

“Wider, Deeper, Safer also holds benefits for taxpayers in those Heartland markets served by The Port of Virginia — Ohio, Kentucky, West Virginia, Indiana, Pennsylvania, Illinois — as they’ll be able to move goods, both exports and imports, more efficiently and economically than ever,” Reinhart stated.

According to Col. Patrick Kinsman, the Army Corps commander of the Norfolk District, deepening the channel to 55 feet and widening it in certain areas will allow for the big ships to load to their limits and enable two-way vessel traffic to both increase the pace of commerce and give Navy vessels more expeditious movement in times of crisis.

“This port is critically important, not only to the commonwealth, but also to the security and economy of the nation,” Kinsman stated in the press release. “Thanks to the professional teamwork of all involved, we’re now much closer to making these vital waterways wider, deeper and safer for all maritime traffic.”

Star-spangled fun before the Fourth

Kids rode up on their bikes and families walked together down West Washington Street in the Saturday afternoon heat towards... read more