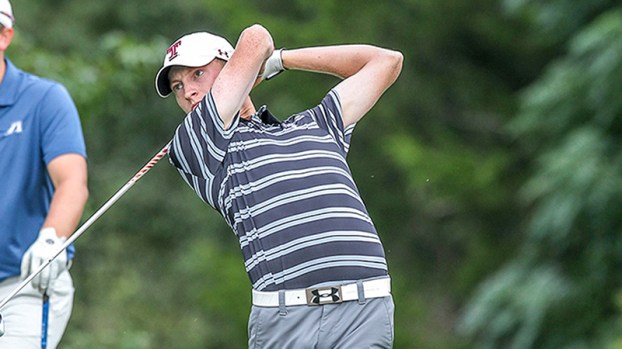 Wren’s leadership to take next step

Wren is excited for what’s to come during his senior season at Temple University. He finished with an average of 75.4, which was a slight step back from his sophomore season, but he still enjoyed a successful junior season.

‘I didn’t play as well as I did the year before, but I did some very good things,” Wren said. “Our team did some good things as well. We won the Cornell Invitational, which was easily one of my favorite things.”

Wren was selected a captain last season, which was something different for him to handle than in previous years.

“It was good having leadership,” Wren said. “As one of the leaders of performance on the golf course, my coach looked at me and a couple of teammates to be leaders off the course as well.”

Wren is looking forward to taking his captain role up another notch for his senior season. He knows he will have a lot of experience, and he’s looking forward to being a leader for the incoming class of freshmen. The former Saint finished 15th in the conference this season but feels he has reached a point where the little things matter more and more.

“I think I plateaued a bit, because I’ve reached a point where getting better is very tough, because it is a bunch of little things,” Wren said.

Those little things include recognizing situations he has been in before and learning how to shoot lower scores. He just wants to make sure he is playing well and is getting the most out of his rounds.

“I’d love to win a tournament next season,” he said. “That would be a great way to end my career, since I don’t plan on playing professionally.”

This summer, he has been playing in different tournaments preparing for his last season. He recently played in the Virginia State Golf Association Amateur tournament. In that tournament, he shot 73-72 and made match play, but then lost in the first round.