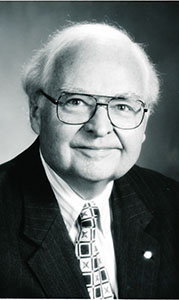 Willard grew up in Suffolk, where he was privileged to know and love many wonderful people, including his lifelong friend, Bob Richardson. Willard is survived by his wife of 45 years, Anne Schubert Andrews; and two sons, Bradford MacDowell Andrews and his wife, Elizabeth, and their children, Ryan and Luke; Todd Hill Andrews and his wife, Nichole, and their children, Brodie and Summer, all of whom he loved so very much.

He graduated from Suffolk High School, where he was valedictorian of the class of 1955 and captain of the 1954 football team. In 1959, he graduated from the University of Virginia McIntire School of Commerce. Willard was elected vice-president of the Commerce School and served on The Honor Committee, was elected to ODK Leadership Society, T.I.L.K.A., Ribbon Society, Beta Gamma Sigma and The Raven Society. He was a member of St. Elmo Hall Fraternity.

After college, Willard graduated from Naval Officer Candidate School in Newport, R.I., then attended Navy Supply Corps School in Athens, Ga., where he was company commander of the Honor Company. He served on the USS Bigelow for more than two years, including The Cuban Blockade.

His business career began at State Planters Bank (now SunTrust Bank). Later, he was a stock broker with Merrill Lynch. In 1974, he began a series of turnarounds for companies that were foundering. Willard was president and chief executive officer of several companies, including MacMillan and Cameron Co., an auto parts wholesaler with nine stores headquartered in Wilmington. In Wilmington, he was president of the Rotary Club and a board member of the Red Cross and Salvation Army. He was also elected president of the Virginias-Carolinas Automotive Wholesalers. After returning to Richmond, he completed two more turnarounds, then joined Heilig-Meyers Co. for 10 years in corporate sales training and recruiting. He then followed four years as executive director of Virginians for High Speed Rail before retirement.

In Richmond, Willard was elected president of the Rotary Club of Richmond in 1993 to 1994, a board member of The Greater Richmond American Red Cross and the Boys Club of Richmond. Willard was a longtime supporter of UVA athletics, serving on the board of trustees of the Virginia Student Aid Foundation from 1984 to 1989. He was the National Campaign and Membership Chair for Athletics and received the first annual VSAF Volunteer of the Year Award at Scott Stadium in 1989. Willard loved duck hunting and fishing trips and the camaraderie with friends, his sons and grandsons. There was one special place that Willard loved like no other, Lake Mattamuskeet, N.C., where he hunted with the wonderful Simmons family from 1950 until his passing.

The family will receive friends for visitation from 5 to 7 p.m. Thursday, July 12, at Bliley’s-Central, 3801 Augusta Ave., Richmond, where a funeral ceremony will be held at 1 p.m. on Friday, July 13. Interment will be private in Westhampton Memorial Park. In lieu of flowers, please consider contributions to St. Jude Children’s Research Hospital or to Noah’s Children at St. Mary’s Hospital in Richmond.

Raymond Quinton Darden, 84, died surrounded by his family on July 9, 2018. A memorial service will be held at 7... read more